I went to +Strood Tyre Company today because I had a tear in the side wall of one of my #tyres.  While in conversation with Tony and the guys there I mentioned that I had heard a strange noise whilst driving on the motorway earlier and that the day before I had a hub bearing replaced.  Straight away they diagnosed what the problem was, the other side rear had worn due to the stress being placed on it.

Sure enough when they took it off the inside had worn as shown in the photo and flat spotted, it was practically worn to the canvas.

So a big thanks to them for potentially keeping me out of the ditches.  Re-enforcing to me that you should always use an expert.
By Mark Jennings

"I was delighted with the service I received from Strood Tyre Company. I have never had my car fixed so quickly, efficiently and cheap."

"I'm definitely leaving my dealership. The staff at Strood Tyre Company were polite, friendly and really know about cars. It makes a nice change from dealing with salesmen!"

"I'm not scared of black ice this winter. After I sent my car in for its service, it came out with a new battery, new tyres for tough driving conditions and they even spotted a faulty connection in the rear-windscreen heater."

"Thank you so much to the guys at Strood Tyre Co."

Cannot fault the service received here today, Tony was great giving me good advise on what tyres would suit me best, the lads were fast and efficient the three tyres were changed around in no time.

Doug Robson 25/4/2014
Fantastic service, remembered who I was. Always smiling and chatty, always have what I want. Well worth the five stars.

Call us now on

We're looking forward to seeing you!

Just in this week large selection of part worn & new tyres .Please call or visit us. 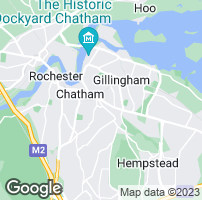 We can offer you a great special price for a complete inspection!